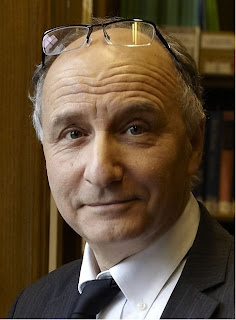 Prior to publishing The Access Principle (MIT Press, 2006), Willinsky published the books Empire of Words: The Reign of the OED (Princeton University Press, 1994), Learning to Divide the World: Education at Empire's End (University of Minnesota Press, 1998), Technologies of Knowing: A Proposal for the Human Sciences (Beacon Press, 2000), and If Only We Knew: Increasing the Public Value of Social Science Research (Routledge, 2000). Learning to Divide the World won Outstanding Book awards from both the American Educational Research Association (1999) and the History of Education Society (1998-99). He has also published in journals as wide-ranging as International Journal of Communication, Canadian Journal of Communication, American Journal of Sociology, Educational Theory, and Harvard Educational Review, plus various open access online journals: First Monday, PLOS Biology, Journal of Medical Internet Research, and the Journal of Electronic Publishing.

Willinsky is a prominent figure in the open access (OA) movement, which seeks to make scholarly research available digitally over the Internet, free of charge and free of most copyright and licensing restrictions. Here is a brief overview of open access principles and concepts. Willinsky founded the Public Knowledge Project in 1998, an organization that conducts research and develops open source software that aims to measure and extend both the accessibility and quality of academic publishing. He is a frequent speaker at OA symposia and is often called upon to comment in the press. Since about 2000, a majority of his research and publishing has been on the topic of digital scholarship and open access. And he practices what he preaches: in addition to publishing in many OA journals, his last ten years of work is freely available at the Public Knowledge Project website.