Life Without the U.S. Mail? 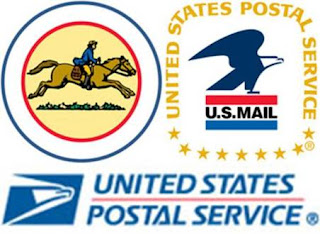 A topic that piqued some interest early in the semester but which we ultimately did not have time to explore more closely is that of the postal system, and its integral role as a distributor of print. There has been quite a bit of press in recent months about the decline and possible death of the United States Postal Service (USPS). The causes of this distress are multiple, including the proliferation of digital communication technologies over the past decade-plus. Email, online bill paying, cloud computing, and the like have replaced the need to send physical printed documents through the mail. Nevertheless, the postal service still handles plenty of paper and packages. Compounding the losses caused by this shift, though, has been a poor economy, competition from private couriers like UPS and FedEx, and deepening budget deficits, in large part due to Congressional mandates that require prepayment for employee benefits. The result is a severe financial situation that must be remedied soon.

It's an interesting case for a whole range of reasons that cannot be adequately explored here and now. I must say, though, that I personally find it hard to believe that we'll find ourselves living in a country without a public postal service anytime soon. However, the USPS will almost certainly need to undergo some drastic changes, and the USPS of the future will not necessarily resemble the one we've all grown up with. The postal service crisis, though, has prompted a number of writers to ruminate on the social function of the U.S. mail, and with it the social life of print. One of the more interesting of these pieces is an article titled "Do We Really Want to Live Without the Post Office?" by Jesse Lichtenstein in the February issue of Esquire magazine. It's particularly interesting how Lichtenstein digs into the inner-workings of the day-to-day operations of the postal service, and also gives readers an intimate portrait of the postal workers.