Library services in the digital age

In "Library services in the digital age," a study by the Pew Research Center's Internet & American Life Project underwritten by the Bill & Melinda Gates Foundation, Zickuhr, Rainie, and Purcell examine the results from a survey of 2,252 Americans age 16 and above in October and November of 2012. They also use quotes and comments from some 2,067 library staff members and patrons who participated in in-person focus groups and online canvassing focusing on the future of libraries and library services in order to "illustrate how they are thinking about and implementing new library services." Overall, the study found that print books are still an important part of the modern library but that library patrons are "eager to see libraries' digital services expand."

Some of the highlights from the study include that computer and internet access is rated nearly as important as borrowing books and reference librarians in services that libraries provide at around 80% saying it's important, and that while about 53% of Americans have visited a library of bookmobile in the past 12 months, 91% view libraries as important to their communities, and 76% view libraries as important to them and their families, only 22% say they know all or most of the services their library provides, with another 46% saying they know some of what their libraries offer. Other interesting notes from the study include that only 20% of Americans thought that libraries should remove printed books and stacks from public locations in order to make more room for meeting, work, and computer space while 39% said they maybe should, and a full 36% said libraries definitely shouldn't do this. Of the 53% of Americans that did visit a library in the past year, 73% say they visit to borrow print books, 50% say they get help from a librarian, and 26% say used the computers or WiFi at the library to go online. Also, the study showed that libraries are especially seen as important to African-Americans and Hispanics. They were more likely than Caucasians to say libraries are important to them and their families and to the community and said they were more likely to use the new library services that Pew asked about, including things like library-related cell phone apps, technology-related classes, and online research assistance services.

I think there could be some interesting discussion about the seeming difference in use of libraries vs. their how they are viewed. Does it say something about our society that 91% of Americans view libraries as important to their community but only 53% have actually visited a library in the past year? How about that while 77% of Americans view free computer and internet access as an important service libraries provide, only 26% of those that have visited a library in the past year connected to the Internet from a computer or via WiFi while there?

Posted by Jacob Ineichen at 7:56 PM No comments:

At the very beginning, Cmiel raised the question about library’s roles in the information age. He contended that the answer did not lie in the debates between “books and bytes”, but rather, we had to first understand how we read, learn and live together, and then we can examine library’s roles. For the rest of this chapter, Cmiel described the evolution process of library’s role as an information-center from 1940s to 1990s.

In the 1940s, a new model was introduced into libraries: libraries not only provided books, but also played a role as information-center for public and research community. For public libraries, as the emergence of the word “communication”, some reformers advocated that libraries should provide information the public needed, which required libraries to extend their collections in terms of subject and format. However, due to the inertia inside library field and the outside pressure from censorship battles, the reform only changed the libraries to a very small extent, and most of the library collections were still books. On the other hand, research libraries began to realize that books were not the only thing researchers needed, and therefore, how to provide information for researchers’ better understanding of their fields became a challenge for libraries to think about. Moreover, the space issue urged libraries to use microfilm as a new medium of knowledge.

In the late 1950s and 1960s, the relationship between books and libraries was discussed again largely due to the development of computers. Since the computer technologies were improving rapidly during this period, some projects started to study the automation of libraries, and the discussions about bookless libraries appeared. In the first phrase of discussion, debates about book or computers exited between computer scientists and librarians. Later, a solution of “cross-fertilization” (p. 333) seemed to be accepted by the majority: computers and books can coexist in libraries.

However, in the 1970s, libraries shifted their focus from the optimistic visions in 1960s to provide services to the underprivileged groups, such as the poor or women, and then to the general public. Libraries redefined their missions as the information center for the community, which was similar to the ideas of reforms in 1940s. The differences between the reformers in 1940s and 1970s included: 1) the latter deemphasized the importance of books in library functions while the former still put books as the foundation of libraries; and 2) the latter treated their users as individuals, while the former treated them as members of communities.

Meanwhile, research libraries’ functions also had been changed due to the financial crisis and the emergence of online database. Libraries had to reduce their book acquisitions, and add more subscriptions of databases, which leads to an urgent discussion on paperless libraries. Many librarians tried to find a balance between books and bytes, and problem solving became libraries’ major role.

In the 1980s and 1990s, more research libraries and public libraries became computerized, while they received different feedbacks toward their changes. Many research libraries set higher priority for online databases over printed materials, which was criticized as an attack on the humanities; while public libraries were welcome to the computer-generated innovations, since they can attract more patrons into libraries and provide better services to meet their needs with the computer technologies.

At the end of this chapter, Cmiel pointed out two sources for the information-based library evolution: technophiles and political liberalism, and he argued that the former was the major reasons for research libraries’ changes, while the latter for the public libraries.

In this chapter, Cmiel mentioned the increasing price of printed monographs, which reminds me of the similar situations in e-books. Publishers/vendors provide e-books to libraries at a much higher price compare to the ones they sell to individual users, and to the ones they sell to libraries in printed form. I’m wondering the rationales for those publishers to set up such a high price for the e-books providing to libraries. Also, I’m curious about libraries reactions in this situation: cancel their subscription to e-books and switch back to printed monographs? No? Why not?
Posted by Unknown at 5:16 PM No comments: 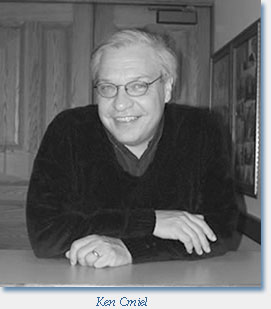 Ken Cmiel was a highly respected professor of history and American studies and served as director of the University of Iowa's Center for Human Rights. He held degrees from the University of California at Berkeley and the University of Chicago. His academic interests included popular music, human rights, and the use of language in democracy. He passed away in 2006.

One of his many obituaries quoted him as having given this advice to young scholars and professors:

"Teach classes that are meaningful to you and that engage that portion of your students that are reachable. Ignore, in other words, the very idea of professional wisdom. Only write what you want to write. Once you have job security (which I know is a huge barrier) don't write if you don't want to. Write for media directed at non-historians, whether that be the local newspaper or fancy national magazines. Write for other academic disciplines. Explore other media than the printed word. Ignoring what the profession rewards might very well be a mark of sanity at the close of the 30th century." (From www.historians.org)

His papers are held at the University of Iowa Library's Special Collections and University Archives, which includes an unfinished book on human rights in the United States.


Selected Articles
Posted by Angela at 9:45 AM No comments: 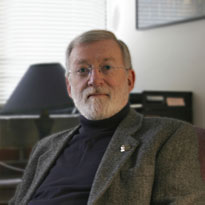 Currently the F. William Summers Professor of Library and Information Studies and Professor of American Studies emeritus at Florida State University, Wiegand previously served as a professor in the School of Library and Information Studies at the University of Wisconsin-Madison from 1987 to 2002, where he was a founder and director of the Center for the History of Print Culture in Modern America. He also was a faculty member at the University of Kentucky.

A three-time winner of the G.K. Hall Award for Outstanding Contribution to Library Literature, Wiegand is a member of the American Antiquarian Society and served as director of the Florida Book Awards. In 2008-2009, he received a fellowship from the National Endowment for the Humanities.

Wiegand's vast catalog of books includes Right Here I See My Own Books: The Woman's Building Library at the World's Columbian Exposition (2012), Main Street Public Library: Community Places and Reading Spaces in the Rural Heartland, 1876-1956 (2011), Books On Trial: Red Scare in the Heartland (2007), Irrepressible Reformer: A Biography of Melvil Dewey (1996), "An Active Instrument for Propaganda:" American Public Libraries During World War I (1989), Politics of an Emerging Profession: The American Library Association, 1876-1917 (1986), and History of A Hoax: Edmund Lester Pearson, John Cotton Dana and "The Old Librarian’s Almanack" (1979). He has also authored or co-authored more than 100 scholarly articles and has edited collections of works on library history.

You can watch a Library of Congress video of Wiegand and his co-author, Sarah Wadsworth, discussing Right Here I See My Own Book here (because there are lots of intros, Wadsworth first appears at the 15:30 mark, and Wiegand makes his debut at 36:30). 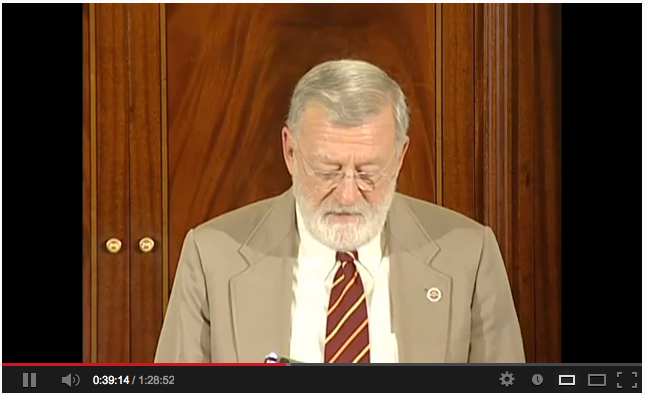 Screenshot of YouTube video (http://www.youtube.com/watch?v=HHuFTWu-Brs).
Posted by Mitchell at 9:35 AM No comments:

The Pew Research Center (PRC) is a well-respected, nonpartisan, research organization. PRC is committed to informing the public about shifting attitudes, issues, and trends that shape America and the world at large. PRC conducts unbiased demographic research, media content analysis, as well as public opinion polls. Elected officials, and various individuals associated and concerned with civic life often cite Pew studies in news reports. In fact, David A. Bell cites the Pew Internet & American Life Project in The New Republic article (2) from this week’ reading. PRC is an impartial, independent “fact tank” that does not offer opinions or take policy positions. It is a subsidiary of the Pew Charitable Trust.

Posted by Janetta at 1:55 PM No comments: