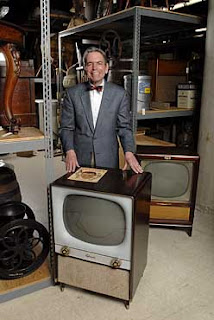 James L. Baughman has taught in the University of Wisconsin School of Journalism and Mass Communications since 1979, and he is currently the University of Wisconsin Foundation Chair Fetzer-Bascom Professor of Journalism. Baughman has written widely on the history of twentieth century journalism, broadcasting, and mass communication, and he is the author of four books and dozens of scholarly articles.

A native of Ohio, Baughman received his undergraduate degree from Harvard University and then earned his Ph.D. in history from Columbia University where he worked under noted modern American historian William Leuchtenburg. Baughman's dissertation was the basis for his first book, Television's Guardians: The Federal Communications Commission and the Politics of Programming, 1958-1967.  His second book was the first scholarly biography - and for many years the definitive biography - of Henry Luce, the founder of Time Magazine, and he has recently authored the well-received books: The Republic of Mass Culture: Journalism, Filmmaking and Broadcasting in American since 1941 and Same Time, Same Station: Creating American Television, 1948-1961.

Baughman is an engaging and entertaining lecturer, and he won the UW Distinguished Teaching Award in 2003. He serves on the advisory board for the Center for the History of Print and Digital Culture, and he is also a contributing writer for the Center for Journalism Ethics. From 1985-1992, Baughman was a member of the Wisconsin Advisory Committee to the U.S. Federal Civil Rights Commission, and he was the Committee's Chair from 1990-1992. His papers from the Advisory Committee are housed at the Wisconsin Historical Society.

From 2003-2009, Baughman was the Director of the UW School of Journalism and Mass Communications. In an interview with Isthmus after stepping down, he surveyed some of the changes in the journalism landscape. He explained that the J-School had implemented "a new curriculum [that] anticipated what's going on in the industry now, in terms of multimedia training." The School realized, he said, that "the Internet was going to be the next big thing, [and, accordingly,] we tried to drag our curriculum away from an older model that was too based in newspapers."

He also explained that contemporary journalism students had much different expectations than their predecessors. "They're not newspaper readers. They consume niche media, and that's where they expect to go. For example," he said, "students could imagine working for magazines, online publications, or the Food Network. They could imagine doing internal communications for a corporation, much of which will be online." In contrast to earlier students, he explained "it's more of a narrow focus." 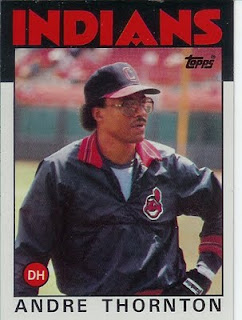 Baughman's most significant shortcoming as a scholar is his deep and abiding love for the Cleveland Indians baseball team. Baughman's lifelong support for the hapless Tribe did come in handy, however, during the 1980s when he was finishing his book, Henry R. Luce and the Rise of the American News Media. As he explained in his acknowledgements: "Others to be thanked include... the Cleveland Indians, for their chronic inability to distract me during much of the time I conducted research and wrote the manuscript."