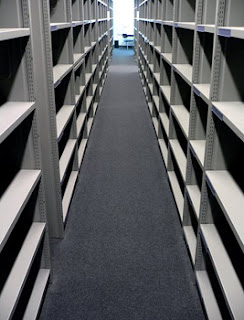 In his 2012 opinion piece, "The Bookless Library," published in The New Republic, historian David Bell ponders the future of libraries, particularly public libraries. Using as his hook the controversial redesign and renovation of the main branch of the New York Public Library that will move millions of books to off-site storage in New Jersey, Bell ruminates on the profound changes that have been and will continue to change the ways in which libraries operate.  He acknowledges that digitization, e-books, and a persistent funding crunch are threatening the traditional model of the American free lending library, but he urges patrons, readers, writers, researchers, librarians, politicians, and anybody concerned about the future of libraries to engage with such changes and to "direct [them] wisely."

In addition to providing physical access to books, Bell identifies three core library functions: "libraries," he argues "are communities;" "libraries are also sources of crucial expertise;" and libraries house "special collections" that are "concentrated storehouses of knowledge." He argues that the mass digitization and easy circulation of information has only increased the importance of these three library functions, and he urges library boosters to highlight and emphasize them.

"By drawing millions more people into serious reading and learning, the digital revolution has in fact created the need for more spaces of physical interaction," he writes, "and what institutions are better suited to serve this purpose than libraries?"  Even though books, magazines, journals, and newspapers are more readily available, he contends, "there is more public demand for other forms of interaction; lectures and seminars, tied to online courses and readings; authors' appearances; book groups; exhibitions of art works and films; [and] study centers."

Bell believes that libraries can adapt to the changing digital landscape and re-affirm their important place in American society, by refocusing on their ability to create public spaces of learning, education, and knowledge; to freely share expertise and curate collections of information; and to preserve and create special collections on vital and important topics.

"While librarians were once known for telling readers to hush," Bell argues, "now they need to invite them to speak," because he envisions the library as a very public forum where writers, readers, researchers, and the public can engage with and participate in the marketplace of ideas.

Bell is not alone in imagining the library as a community center and an easily accessible public space that can preserve, share, nurture and create knowledge. Indeed, some of our classmates have been identifying the myriad ways that libraries can help incubate ideas.

He strongly believes that the "digital revolution" has had a great "democratizing effect" on learning, and he is certainly right that scholars - both professional and amateur - have "access to one of the greatest troves of learning ever assembled."

I think, however, that, perhaps due to his position at very wealthy Princeton University, he underestimates the persistence, or perhaps the growth, of the problem of unequal access to information -particularly to specialized knowledge. He briefly mentions the increasingly important role of electronic databases without mentioning how much they cost. Similarly, he makes no mention of rapidly increasing journal prices - especially among scientific journals.

Certain types of knowledge have been democratized, and libraries can utilize such resources in their role as community centers of learning. As expensive databases and pricey specialized journals increase in importance, though, the digital revolution may also help to reinforce a two-tiered system of access to information, which complicates Bell's vision of the future of libraries.