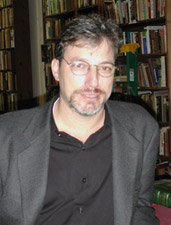 Eric Alterman is a renowned columnist, blogger, and political historian. Besides writing columns for The Nation newspaper and The Daily Beast news website and literary magazines The New Yorker, he publishes his own blog The Altercation. His journalistic work can be primarily described as “media criticism.” He has taught English, journalism and history and is Professor of English and Journalism at the CUNY Graduate School at Brooklyn College since 2007. He has published various books of politico-historical and media criticism.

Alterman has university degrees from three Ive League institutions: He has a B.A. in History and Government from Cornell University, an M.A. in International Relations from Yale University, and a Ph.D. in U.S. History from Stanford University.

Though he criticizes “pundits,” or elite would be expert commentators, and what he considers the conservative “punditocracy” in his book Sound and Fury: The Washington Punditocracy and the Collapse of American Politics (1992), he can be described as a liberal pundit: he is an Ivy League educated historian and political commentator not afraid to let his “liberal bias” show. Rather he lays claim to it as a badge of honor. 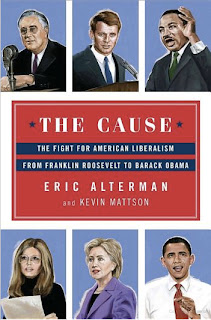 Though Alterman self identifies as liberal and Left-Wing and mostly Democrat both in his columns, blog and Twitter feed, he likes to criticize liberal Democrats political stars. Jeff Shesol, who reviewed his latest book The Cause: The Fight for American Liberalism From Franklin Roosevelt to Barack Obama (2012) for The New York Times, characterizes Alterman’s critique of Carter, Clinton and Obama for “yielding to ‘political pressures’ and becoming ‘far more conservative’ as president” as reflecting “a contempt for compromise.”

One can probably also perceive this contempt for compromise in Alterman’s most recent blog columns, such as “Think Again: Real Reporting and Right-Wing Ideology Don’t Mix” where Alterman’s view of the conservative media can be summed up by his quote:
"The reason is that genuine journalism- the kind that allows the evidence to dictate the story is inconsistent with the conservative worldview. It's not that 'reality has a well known liberal bias' -though often it does-it's just that the deeply ideologically driven understanding of the way the world works on the right is inconsistent with the way things really work. [For Conservatives] When the world refuses to cooperate with right-wing ideology, it's the world that's wrong, not the ideology. And hence the reporting of facts and figures and so forth only gets in the way."

Alterman also expresses his dismissal of conservative media through his Twitter account, through tweets such as:
Eric Alterman @Eric_Alterman 14 Mar
On the impossibility of being both an American right winger and an
honest journalism: americanprogress.org/issues/media

which links to the above-quoted column. 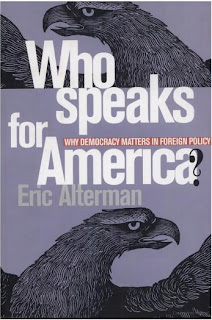 Alterman’s reviewers generally praise his published work, but do not fail to criticize it. David Hendrickson and Joseph M. Siracusa who reviewed his Who Speaks for America? Why Democracy Matters in Foreign Policy (1998) for Foreign Affaris and for The Journal of American History, respectively, both criticize Alterman for what they consider the naivete of his proposal that the government establish a citizen’s jury that would allow “common Americans” to influence foreign policy. Indeed, after the controversial Casey Anthony Trial, it is doubtful that juries made up of “common Americans” can ensure justice is served here or abroad.

Finally Alterman’s predictions about print media in The New Yorker article we read “ OUT OF PRINT The death and life of the American newspaper” is that the print newspaper is going to disappear though mainstream newspapers will survive online. Somewhat paradoxically Alterman regrets the passing of the paper newspaper because of the democratic ideals he believes they help uphold in their traditional form "Just how an Internet-based news culture can spread the kind of 'light' that is necessary to prevent terrible things, without the armies of reporters and photographers that newspapers have traditionally employed, is a question that even the most ardent democrat in John Dewey’s tradition may not wish to see answered."

I say paradoxically because at times Alterman decries the information monopolies that certain “media magnates” like Rupert Murdoch have established both in print and online. He also decries the traditional control of a few editors on what gets to be the news and yet at other times he sees at least the latter limitation as having a positive aspect in that they help generate some kind of national consensus. It is strange that Alterman laments what he considers to be the passing of the traditional “bundle of ink and cellulose” when this medium tends towards the centrist position he does not like in the recent Democratic presidents. Another paradox: Alterman does not seem to like about online newswebsites is their propensity to be dominated by “pundits,” his own columns notwithstanding.