In this chapter from their book The Social Life of Print (2000) Brown and Duguid set out to demystify the widespread belief that the supposedly adversarial relationship between paper and digital print will result in the “replacement and dismissal” of paper print. The authors begin their argument with an anecdote of two historians looking through an old and dusty paper archive. One of them is a medical historian who is interested in weather the letters they are looking through smell like vinegar, which was used to purge certain letters from cholera germs he is tracing. Brown and Duguid somewhat exaggerate the importance of this example to illustrate the idea that paper documents are more than mere “shells” or “conduits” for textual information, since they also contain other more material contextual information, such as the vinegar. The authors then cite market figures that indicate that after BusinessWeek predicted the “paperless office” businesses actually started consuming more paper, in great part due to new laser printers. The laser printer illustrates the authors’ point that the relationship between paper and digital print is complementary rather than adversarial. The authors attribute the continued market success of print paper media to their user-friendly contextualizing and socializing material attributes.
Brown and Duguid focus on exploring why paper endures in three main areas: the office, the newspaper and the library. The datedness of this piece is perhaps demonstrated by the authors’ focus on the endurance of paper newspapers. While the authors note that all the major newspapers had an online presence at the time they published their book, they do not see a future where the major newspapers will be fully online. Brown and Duguid attribute the endurance of the paper newspaper to the materially contextualizing features of the newspaper, which these newspapers reproduce on their online versions (see http://www.nytimes.com  and http://www.nytimes.com/pages/todayspaper/index.html). These features that guide newspaper reading include weather a story begins on the front page, is located above or below the fold, where it jumps to, and what other story it appears next to (186). The authors claim that such material features of paper documents shape the information by determining what is included and excluded (185-187); think of how a columnist or a newspaper editor has to edit down a given piece to make the word count fit what the column can contain.
This piece is most valuable for demystifying the inevitability of a paperless future and pointing out the legacy of the print-paper document in the digital age. As the authors point out, current digital print-media such as the e-book and online newspapers design their user interfaces based on the model of the paper document (205). The authors also point out that one of the advantages of paper print is that it has more fixity than digital print, with paper thus establishing more definitive textual records. The authors’ devaluation of the capacity of the Web to hold massive amounts of information and the implication that webpages de-contextualize information somewhat re-inscribes the myth of the paper/digital divide. 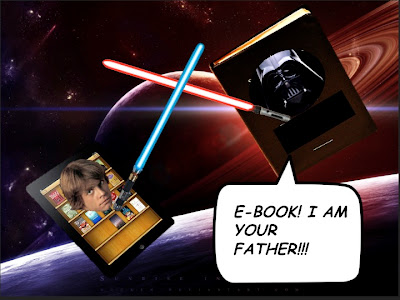