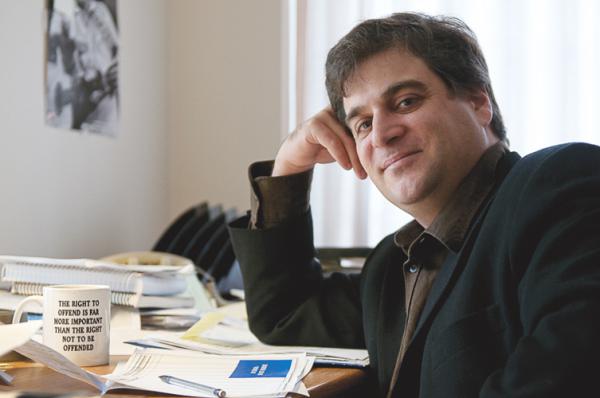 Bill Reader is an Associate Professor at the E.W. Scripps School of Journalism at Ohio University. Before teaching at the Scripps School, he was a Lecturer at UW-Madison in the Department of Journalism & Mass Communication. He holds a master's in media studies from Penn State.

He spent most of the 1990s working at local newspapers in Pennsylvania.  During this time he held a variety of positions including reporter, editor, and photographer. Since then he's been in academia.

He's research centers on community journalism, opinion, ethics in journalism. He is the co-author of the second edition of Moral Reasoning for Journalists with Steven Knowlton.  He contributed three chapters to and served as the co-editor of Foundations of Community Journalism. His articles have been published in Journalism & Mass Communication Quarterly, Newspaper Research Journal, and Journal of Mass Media Ethics.

Link to his CV:
http://www.scripps.ohiou.edu/faculty/reader/reader_cv.pdf