Christine Pawley's article, "Seeking 'Significance:' Actual Readers, Specific Reading Communities," seeks to outline a process whereby historians can research, investigate, and analyze the reading habits of historical actors. This article originally appeared in the journal Book History in 2002, and Pawley writes that historians of the book and historians of reading need to "explore not only how we conceptualize the ideal reader but also how we can uncover the specific reading practices of actual readers" (page 143).

Pawley asserts that reading is "first and foremost a social act," and she argues forcefully against the idea that reading is an individual activity, even though she recognizes that "the image of the lone reader still exercises a powerful hold on the imagination." (page 144). She critiques, for example, the cover of the, then-recently published, A History of Reading in the West, which featured a lone woman reading a book. Pawley maintains that the act of reading must be understood within its historical and social milieu and that people rarely choose, read, study, and understand texts on their own.

Pawley's article challenges scholars of reading to investigate and identify the social groups that influenced people's reading decisions throughout history. Her aim, as she explicitly states, is to "show how, by conceiving of readers as members of a particular kind of reading community, historians can find a way not only to link those apparently disparate elements - readers and texts - but also to elaborate on who readers were, and thus to shed light on how these specific readers read" (page 144).

For Pawley, a reader's social environment represents one of the most important contributing factors to his or her reading choices. She takes an expansive view of such influences, defining "social" as "any interactive situation" including "informal interactions and groupings that may occur within institutions" (page 147). More specifically, she highlights the importance of what she calls "primary groups," which are the clubs, organizations, or cohorts to which a person belongs and which often profoundly affect a person's reading choices. Primary groups, she argues, frequently brought together people who had "shared habits and values," and, Pawley argues, "these groups provided the social... circumstances in which people interacted with printed materials" (page 150). 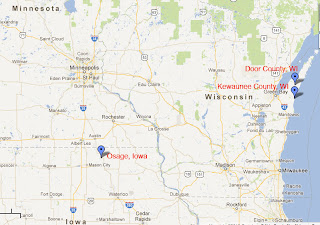 Using the Osage High School class of 1899 as a primary group, Pawley demonstrates that the students who checked out books from the public library likely influenced each other's reading choices. By tracking the dates on which individual students borrowed specific titles or books by particular authors, she suggests that the students constituted an informal reading community, which shared information with one another. Interestingly, Pawley also uses the data to challenge the gendered assumptions that previous historians had made about the types of books that boys and girls read during the late nineteenth century.  Both of these insights demonstrate the strength of using preserved data with an understanding of reading's social context to make sense of the reading habits of particular people.

She similarly combines general circulation data with oral history interviews in Door and Kewaunee counties to show that homemakers' clubs associated with the local agricultural extension in the 1950s functioned as a primary group and most likely influenced the library borrowing habits of women in the area. Popular non-fiction books, like Henry Ahl's How To Beautify & Improve Your Home Ground, seemed to closely track the topics that the homemakers' clubs learned about and discussed.

In general, I found Pawley's thesis intriguing and convincing, but the reliance on library statistics in these two case studies tends to skew the data towards relatively affluent and middle-class populations. Along the same lines, both communities consisted of rural areas and small towns, and it would be interesting to consider whether these demographics affected the importance of primary groups to individual reading habits.  Pawley's model certainly seems to be extensible beyond middle class readers in the rural Upper Midwest, but, I think, some attention to the fact that these two particular case studies do not necessarily include upper class or working class readers or readers in cities or from other geographical parts of the country would have been instructive.

Similarly, she does briefly discuss the question of ethics and reader privacy when she notes that she was not able to access personalized data from the Door-Kewaunee Regional Library. I would have been interested in a deeper discussion about the ethics of, in particular, using library records to study reading habits. Are there concerns about using anonymized data like circulation records from the 1950s? Is a century enough time to allow researchers to tie particular readers to their borrowing history? Should contemporary libraries keep personalized circulation data for the benefit of future historians? These are, of course, tricky questions, and I think the article would have been improved with more consideration of these issues. 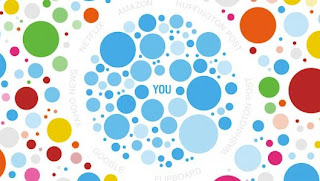 Overall, Pawley's argument that formal and informal social groups strongly influence people's reading habits is important to keep in mind as we study the past and the future of print. This thesis may also serve to temper some contemporary pundits' concern that modern consumers live in "information bubbles" in which they are unlikely to encounter information or data that challenges their views and opinions. As Pawley demonstrates, people's reading habits and consumption of information have long been influenced by the individuals, groups, and organizations with which they associate. This tendency may, in fact, be more of a problem in today's information age, but scholars and researchers would need to explain how today's primary groups have more negative effects on information consumption than they did in the past.

+++
Pawley examined both of these communities in greater detail in book-length projects:

Reading on the Middle Border: The Culture of Print in Late-Nineteenth Century Osage, Iowa